Wendy Wasserstein: Award-Winning Writer of 11 Plays, Including ‘The Heidi Chronicles’ 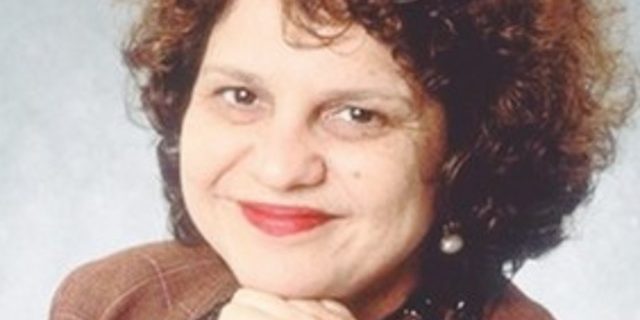 Wendy Wasserstein (Oct. 18, 1950 – Jan. 30, 2006) was an acclaimed playwright who received the Tony Award for Best Play and the Pulitzer Prize for Drama in 1989 for The Heidi Chronicles. Her other plays include the following: The Sisters Rosensweig, Isn’t It Romantic, An American Daughter, Old Money, and Third. Wasserstein died from lymphoma at age 55.

Quotes: “No matter how successful I become as a playwright, my mother would be thrilled to hear me tell her that I’d just lost twenty pounds, gotten married, and become a lawyer.” | “I wrote my first play, Uncommon Women and Others, in the hopes of seeing an all-female curtain call in the basement of the Yale School of Drama. A man in the audience stood up during a post show discussion and announced, ‘I can’t get into this, it’s all about girls.’ I thought to myself, ‘Well, I’ve been getting into Hamlet and Laurence of Arabia my whole life, so you better start trying.’ ”

Read “Wendy Wasserstein Dies at 55; Her Plays Spoke to a Generation” >>

Watch “The Open Mind: Julie Salamon and The Uncommon Life of Wendy Wasserstein” [28:07]. >>

Lev Raphael: Author of More Than 20 Books, Including Works on Jewish Themes
December 29, 2020