Ruth Bader Ginsberg: The Venerable Justice Who Served on the Supreme Court for 27 Years Dies at Age 87 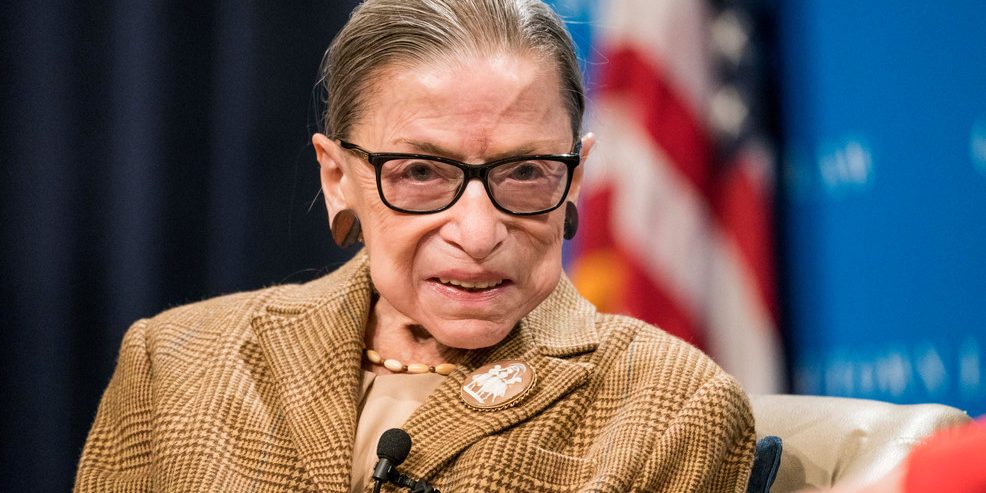 We remember the brilliant and beloved jurist who served on the U.S. Supreme Court for more than a quarter century. “The Notorious RBG” — as she came to be known — was an indefatigable champion of gender equality and other social justice causes. She passed away on Sept. 19 — Rosh Hashana eve — from pancreatic cancer at age 87. The outpouring of grief, respect, and affection following her death is testament to how truly extraordinary a human being she was.

1. “I would like to be remembered as someone who used whatever talent she had to do her work to the very best of her ability.”

2. “Real change, enduring change, happens one step at a time.”

3. “Women belong in all places where decisions are being made. It shouldn’t be that women are the exception.”

4. “So often in life, things that you regard as an impediment turn out to be great, good fortune.”

5. “People ask me sometimes… ‘When will there be enough women on the court?’ And my answer is: ‘When there are nine.’ People are shocked. But there’d been nine men, and nobody’s ever raised a question about that.”

6. “Reacting in anger or annoyance will not advance one’s ability to persuade.”

7. “Fight for the things that you care about, but do it in a way that will lead others to join you.”

8. “I’m a very strong believer in listening and learning from others.”

9. “A gender line…helps to keep women not on a pedestal, but in a cage.”

10. “Don’t be distracted by emotions like anger, envy, resentment. These just zap energy and waste time.”

Read “Ruth Bader Ginsburg was shaped by her minority faith.” >>