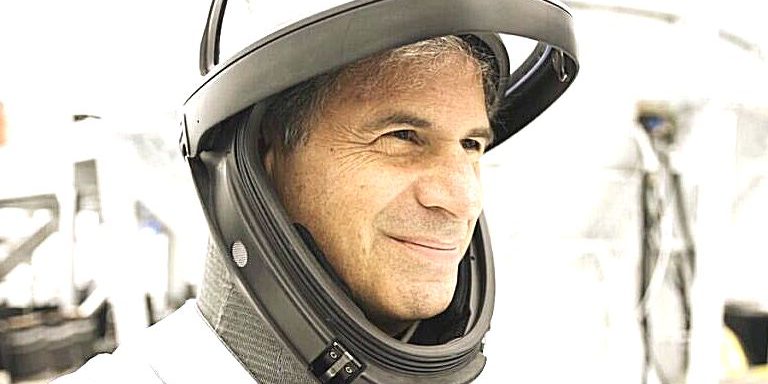 Eytan Meir Stibbe, 64, is an Israeli former fighter pilot, fighter ace, businessman and private astronaut. On April 8, 2022, Stibbe took off for the International Space Station (ISS) from Cape Canaveral as part of the “Rakia” mission on behalf of the Ramon Foundation. (Ilan Ramon was the Israeli astronaut who perished in the Columbia Space Shuttle disaster.) During his time on the ISS, Stibbe demonstrated a number of Israeli technologies. He and his fellow private astronauts safely returned to Earth this past Monday (April 25, 2022).

Quote: “On the first Seder night that will take place in space, I will eat matzah with all of you, perform a kiddush, and will even have a delicious traditional gefilte fish. After the meal, I will tell my friends about the essence of Passover, a major holiday in Judaism, and about the values and worldviews that the Seder tradition and the reading of the Haggadah have instilled…. Passover reflects some of the core values of both the Jewish people and the people of the world. Freedom of people, care of our fellows, the benevolence of the heart, respect for the heritage, and patience and understanding of a long journey with all its challenges and surprises.”

Read “Israeli astronaut sees another delay in return to Earth; is now set to land Monday” ►