Astrophysicist Avi Loeb: Oumuamua Could Be an Alien Probe from Outer Space 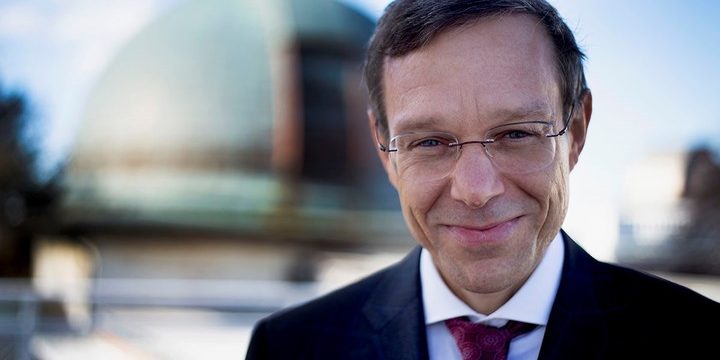 On October 19, 2017, an astronomer at the Haleakala Observatory on the Hawaiian island of Maui discovered what is thought to be an object from interstellar space moving through our Solar System — the first such body ever detected.

Astronomers named the object Oumuamua, which means “scout” in Hawaiian. Its exceptionally elongated shape and strange behavior — among other unusual traits — led some to speculate it could be an artificially created extraterrestrial probe. There has been a fierce debate among scientists regarding the origin and nature of Oumuamua.

At least one esteemed astronomer, astrophysicist and cosmologist, Professor Avi Loeb of Harvard University, believes Oumuamua’s artificial origin remains a possibility. Of course, if the object were shown to be created by beings from outer space, it would change everything. The age-old question “Are we alone?” would finally be answered.

Dr. Loeb was born in Israel and holds dual U.S. and Israeli citizenship. He’s a highly respected figure in the scientific community, having garnered many prestigious awards and positions: the Kennedy Prize, the Guggenheim Fellowship, the Salpeter Lectureship, the Merle Kingsley Lectureship, among numerous others. Over the years, he has published four books and more than 700 papers on astrophysics and cosmology.

In an extensive interview with New Yorker staff writer Isaac Chotiner, Dr. Loeb said the following: “[W]hen you mention the possibility that there could be equipment out there that is coming from another civilization — which, to my mind, is much less speculative, because we have already sent things into space — then that is regarded as unscientific. But we didn’t just invent this thing out of thin air.”

However, like any good scientist, Dr. Loeb is cautious in his assertions. “I prefer not to assign probabilities to the nature of Oumuamua. We just need to be practical and collect more data on it or other members of its population [similar objects that may someday appear in our Solar System]. The interpretation of existing and future data is my plan for the future,” he told dailygalaxy.com.

Learn more about Oumuamua on Wikipedia. >>

Read the New Yorker interview with Dr. Avi Loeb: Note: The New Yorker allows people to read up to six articles for free each month. I you have exceeded that limit this month, you’ll be able to read the interview next month. >>