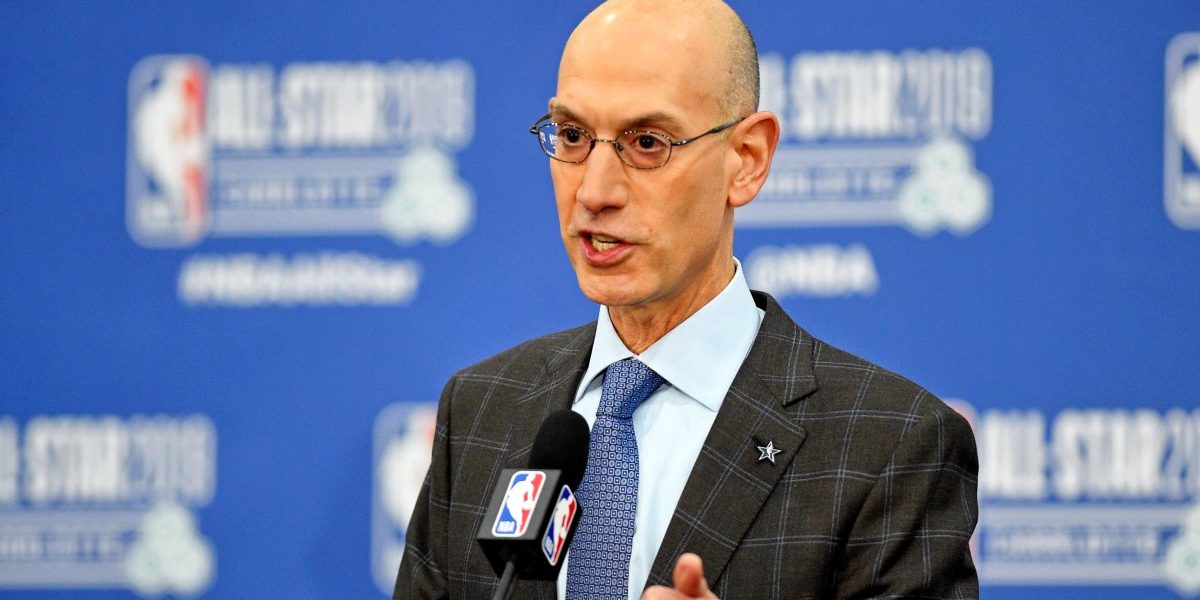 Adam Silver, 57, has been the commissioner of the National Basketball Association since 2014. He assumed that position upon the retirement of his predecessor, David Stern, who was also Jewish. In addition to being the NBA’s commissioner, Silver is an attorney and businessman.

UPDATE: We regret to report that David Stern, who had been Adam Silver’s mentor at the NBA, passed away on Jan. 1, 2020, at age 77 after suffering a brain hemorrhage. May he rest in peace.

Quotes: “I’m a huge fan of the game. It’s beyond a fringe benefit of obviously getting to work at the league office. I watch a ton of games in person, on television, on all forms of new media I follow the league. And so it’s just beyond my wildest imaginations to me to now be the commissioner of the NBA.” | “I ran track. I ran cross country. But I did not play organized basketball in high school, at least on our team. But I played a lot of sports.”